CASE STUDY Project: Holiday home with a metal roofing system Problem: Unfortunately, this roof had been penetrated by numerous fixing plates during its installation, and over time these were providing many routes for water into the structure. The roofs integrity was further challenged by a difficult roof detail around the chimney, and the previous waterproofing… Read more »

CASE STUDY   Project:   An industrial warehouse based in the North East of England Problem: Showing signs of age and the non bonded rubber roof, and bitumen felt originally used was leaking in a number of locations, and the sky lights were providing access for a number of thefts. Solution:   Leeson Watertite Method: Firstly the… Read more » 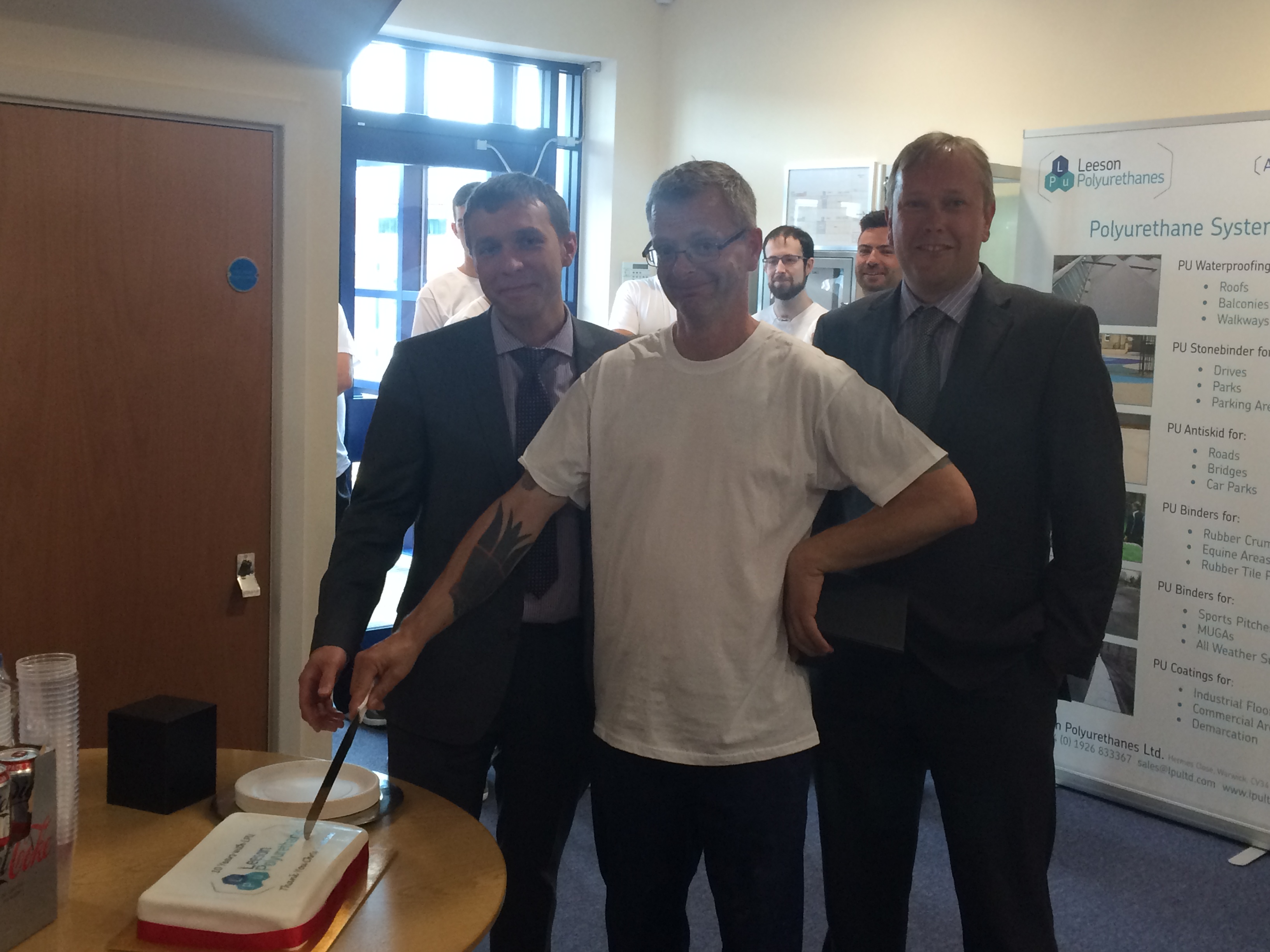 Leeson Polyurethanes celebrated another 10 year anniversary with 2 employees, Adrian Jones and Chris Parkin. Adrian joined LPU from a previous role in a metal fabrication company to work on our vessels and has been running them with skill and expertise ever since. Over his time with Leeson’s he has seen many changes, improvements and people come and go. He… Read more »

Leeson Polyurethanes Ltd are pleased to announce that we have been included in the Midlands Business Insider publication top 300 companies for 2016.  Ranked at 137th, MBI compiled the list of small and medium sized companies (SMEs) from Experian Market IQ for turnovers between £5m and £20m, and the ranking is based on the company’s latest turnover and… Read more »

2016 sees the 30th Anniversary of Leeson Polyurethanes manufacturing binders and coatings.  The company was formed in 1986 by David and Kathleen Leeson and has seen year on year growth to become the UK’s largest polyurethane manufacturer.  The business continues to grow, especially in the international trade, which sees exports make up 30 per cent… Read more »

Leeson Polyurethanes Ltd are pleased to announce that their Watertite Roof Waterproofing System® has been given 25 year durability approval by the British Board of Agrement, the UK’s leading body in certification and approval of products and systems supplied to the construction industry.  Watertite is a seamless roofing system based on moisture triggered polyurethane technology. The system… Read more »

Leeson Polyurethanes have been supplying stone bound systems since the mid 1990’s and over that time the systems have demonstrated their quality, durability and ease of maintenance. When used as described in the installation guidance, the LeesonBound systems retain their integrity and have a service life in excess of 10 years Why Choose LeesonBound?  Being… Read more »

Leeson Polyurethanes Ltd has been identified as one of London Stock Exchange’s 1000 Companies to Inspire Britain. The report is a celebration of the UK’s fastest-growing and most dynamic small and medium sized businesses. To be included in the list, companies needed to show consistent revenue growth over a minimum of three years, significantly outperforming… Read more »