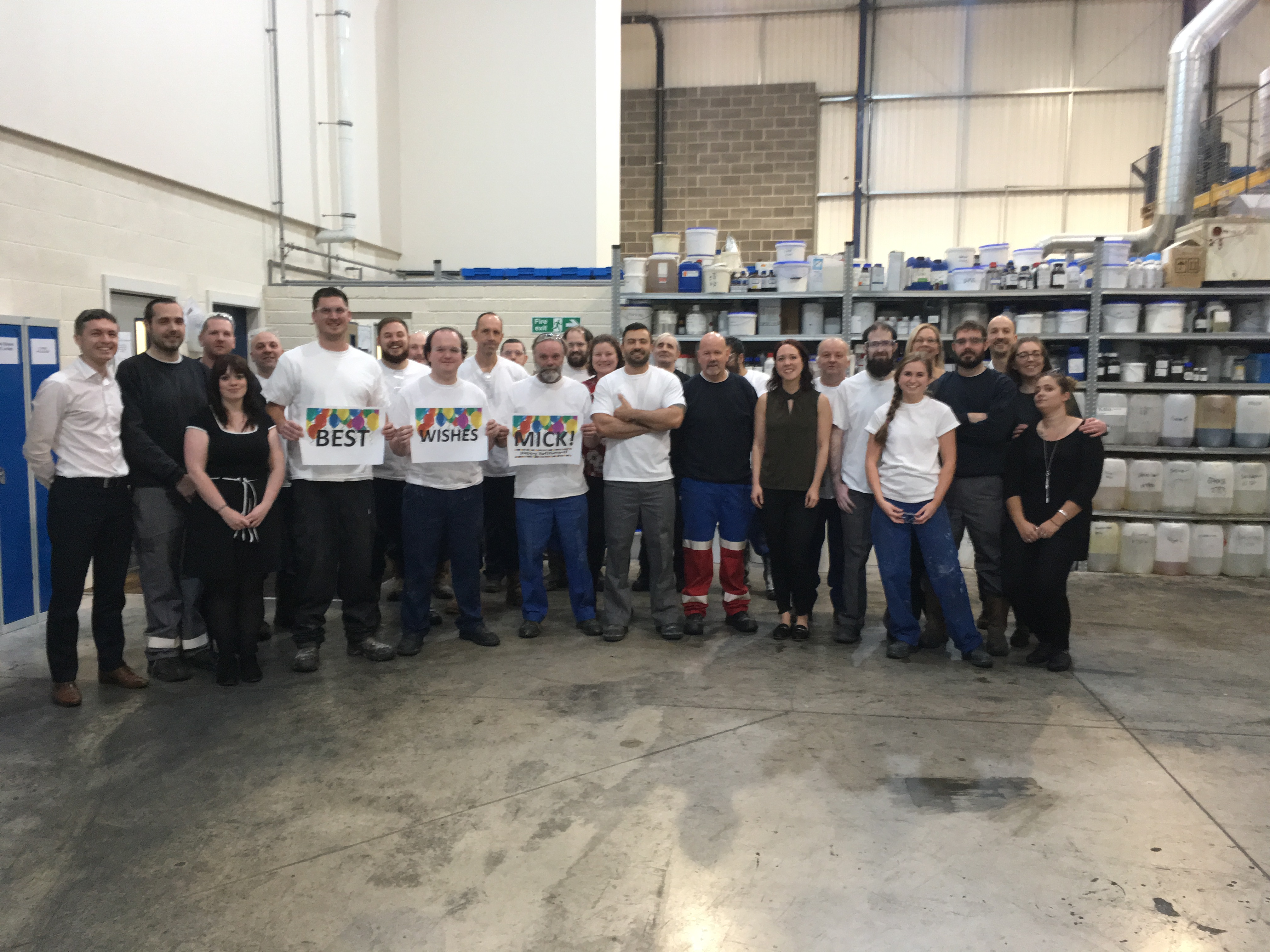 Leeson Polyurethanes had a joint celebration to mark the retirement of Mick Mackay and the 10 year work anniversary of Amritpal Khaira. Mick joined Leeson Polyurethanes in early 2008 and continued to work on the large vessel section, keeping it running at all times with professionalism and making binder for many a playground in the… Read more »

Leeson’s Watertite Roof Waterproofing System will seamlessly seal your roof and is showerproof in 30 minutes. Watertite is a high performance seamless roofing system.  Our cold applied, low odour system is easy to apply, both on roof details and large areas.  It cures quickly to form a tough, UV stable waterproofing membrane.  Based on high… Read more »

Colourful and vibrant sums up the new Alton Towers CBeebies Land Hotel, which incorporates LeesonBound on the walkway to the entrance. The strong, hard wearing product provides the base to a colourful musical theme of notes on a stave.  The installation is surrounded by a brightly lit rainbow arch and an aeroplane structure forms… Read more »

We are pleased to announce that Leeson Polyurethanes has won a number of awards so far this year.   The Financial Times published their list of 1000 of Europe’s Fastest Growing Companies for 2017 and recognised Leeson Polyurethanes as being amongst them.  These companies are cited as being part of the driving force of the European… Read more »

Top Ten Placing for Leeson Polyurethanes The Catalyst Corporate Finance released The Chemicals and Coatings Fast 25, the UK’s fastest growing chemical firms, and Leeson Polyurethanes has been named as number 6 on the list.  In an article explaining the qualification process, the chemicals sector is described as a UK success story being a global… Read more »

BBA approves LeesonBound We are pleased to announce that the market leading LeesonBound system has now been given approval by the British Board of Agrement (BBA) and joins the family of Leeson BBA approved products along with Watertite and Anti-Skid D3149/20.  LeesonBound is a high-performance SUDS compliant porous aggregate bound system, incorporating a non-hazardous, fast… Read more »

Leeson Polyurethanes’ LeesonBound system has been installed into Weymouth Sea Life Adventure Park as part of their new outdoor adventure play area, Caribbean Cove.  The seaside attraction has invested £500,000 to add to the family experience but also for visitors to learn about the importance of marine conservation. LeesonBound PU4844/60 with the Golden Quartz 5mm,… Read more »

Leeson Polyurethanes’ LeesonBound was the chosen product for the driveways and walkways for the redevelopment of Las Sagesse in Jesmond, Newcastle.  The former school has received an investment of £20m to become a very sought after housing development in the North East.  Built in the 19th century, the gothic looking building opened as a Roman Catholic… Read more » 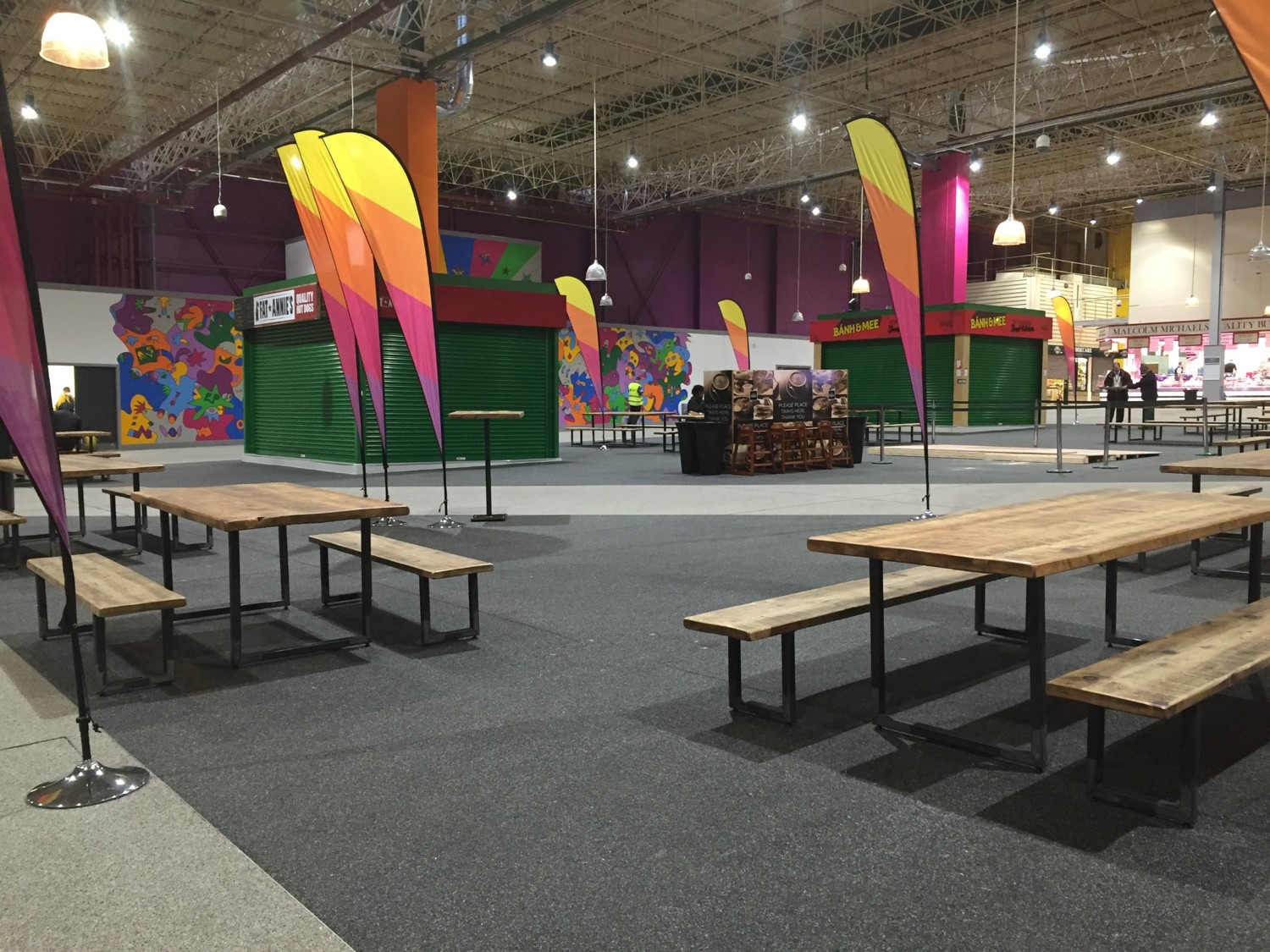 As part of a regeneration scheme, Leeson Polyurethanes’ LeesonBound stone binder system was installed in the flooring area of Kirkgate Market in Leeds.  The market has seen a complete revamp which aims to bring in more locals and visitors to the daily market and fresh produce section as well as sample top street food traders… Read more »